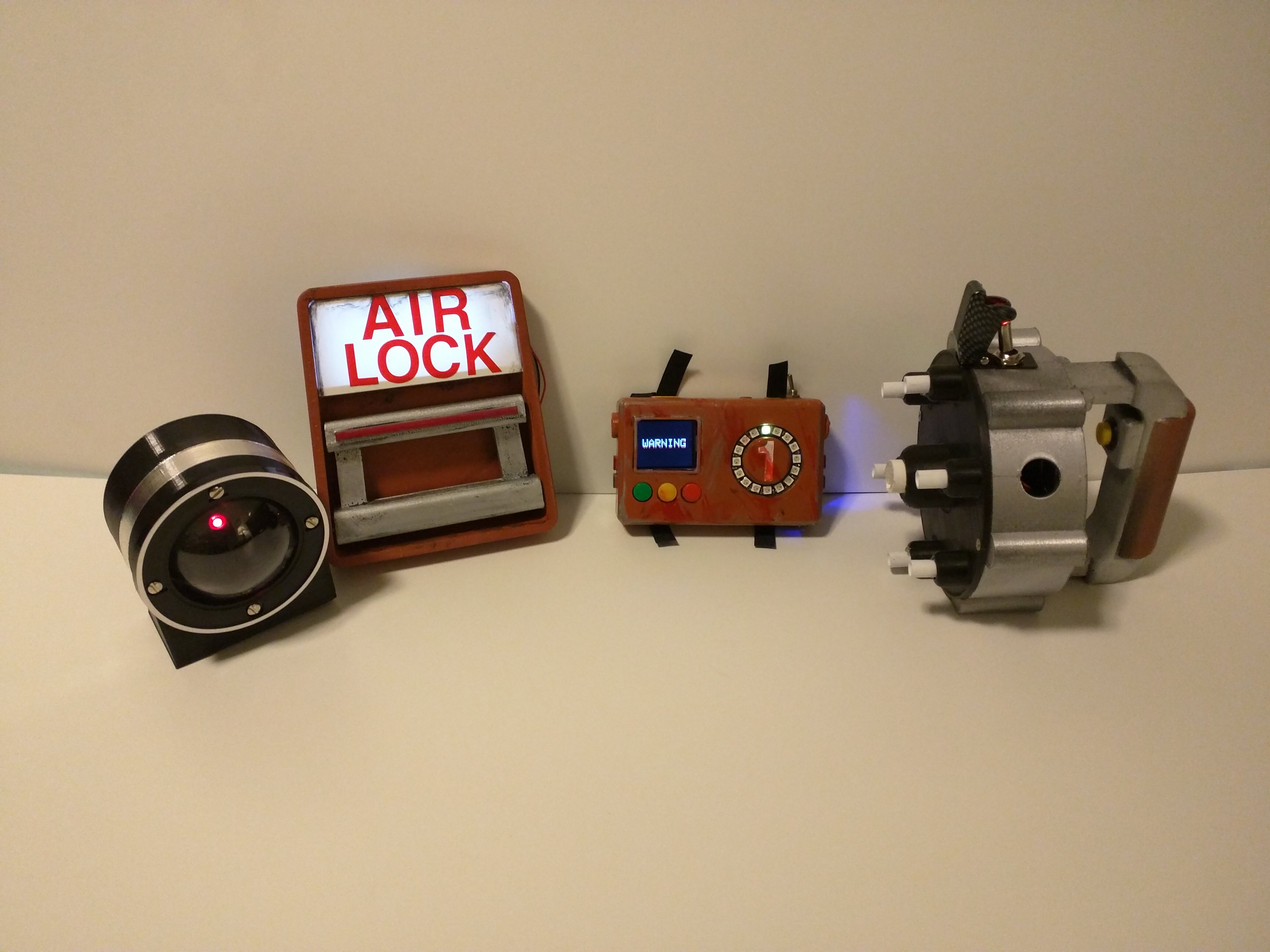 I’ve been designing, 3D printing and building some set pieces and active hand props for an upcoming Halloween event (which I informally refer to as The Derelict because I’m a huge Alien nerd. That’s not the actual name.) The theme is a spaceship over-run by an alien infection that has turned the crew into, well, we’re calling them Goo Guys for now. Radiation is leaking, there are Goo Guys all over and it’s up to a single surviving crew member to get the remaining passengers to the airlock where a rescue ship is docked. But time is running out…

The device with a screen is a comm unit the actors wear on their arm. I’ve built two of these plus one dummy in case one fails or needs charging during the event. Each contains an LCD screen, Adafruit Trinket Pro Mini, USB charging circuit, and a 2000MAh LiPo battery. The LCD cycles through some flashing warnings and animations. There’s also a NeoPixel ring on the front  that runs a chase pattern each time the LCD changes. [VIDEO]

The round device with the handle is a hand weapon/tool. We wanted to avoid a classic ‘gun’ look so no one is caught off guard should an actor come bonding in with one. So I started modeling this with the idea that it’s a hand tool… that just happens to be very dangerous. There are two of these props (backup will likely be an off-the-shelf raygun, but I’ll be prop master and on site to do repairs should one fail), each is full of ultra-bright blue LEDs and an audio playback board and amp. They. Are. Loud. But that’s what’s needed to sell the idea that you’ve just shot some fiend in the middle of a noisy attraction.

The black thing is a set piece with a single red LED in it, a la HAL 9000. There will be several of these scattered throughout the set.

And finally there’s the airlock release. There will be at least two of these, possibly more. They just light up, but a leaf switch can be added. I’ve also modeled from door ‘dog’ handles [not shown] which can also activate a leaf switch if desired. I’ll add these along with the automatic turret I built for the Brig room once I have some pics of them. And there’s more still to come… including a Med Bay robot. Stay tuned! 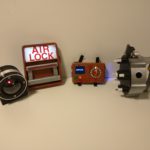 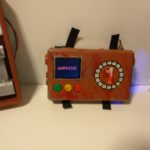 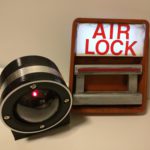