Archive For The “replicas” Category 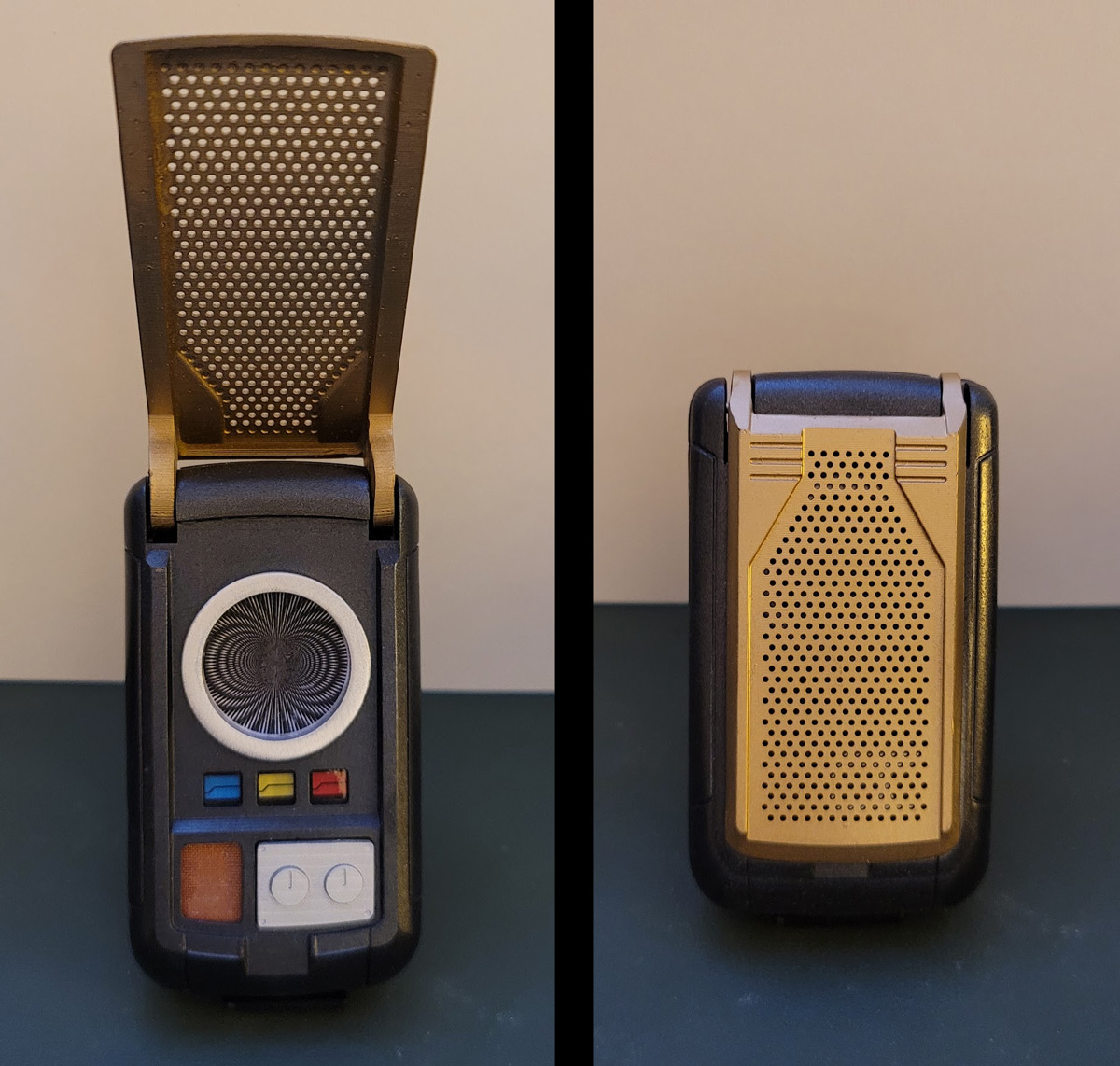 Also built from a SaxonProps/Limebuilds mode. This communicator is a pleasure to print and build. The moire pattern and buttons are laser-printed 2D elements. I’ll also show a 3DTechDesign Communicator later which is both more-simplified and also more parts, which sounds strange but… you’ll see. Also shown are: – A case I designed and built to… 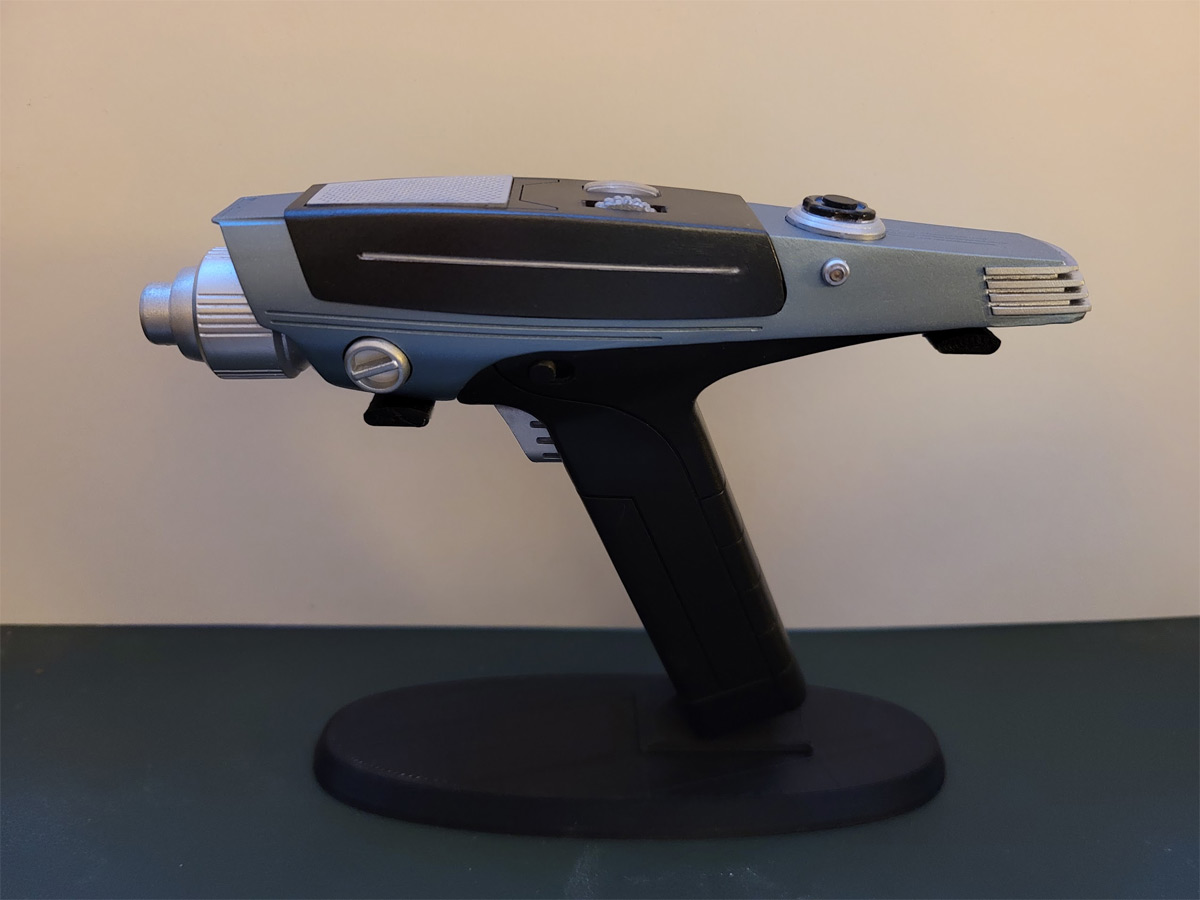 There’s not much I can say about this model by SaxonProps/Limeybuilds but “Wow”. It’s a fantastic model, full stop. I’ve also built the model by 3dTechDesign, but I prefer SaxonProps by far. By the way, the paint is VHT SP403 Engine Metallic Titanium Silver Blue. I’ve now built about 5 of these and, apart from… 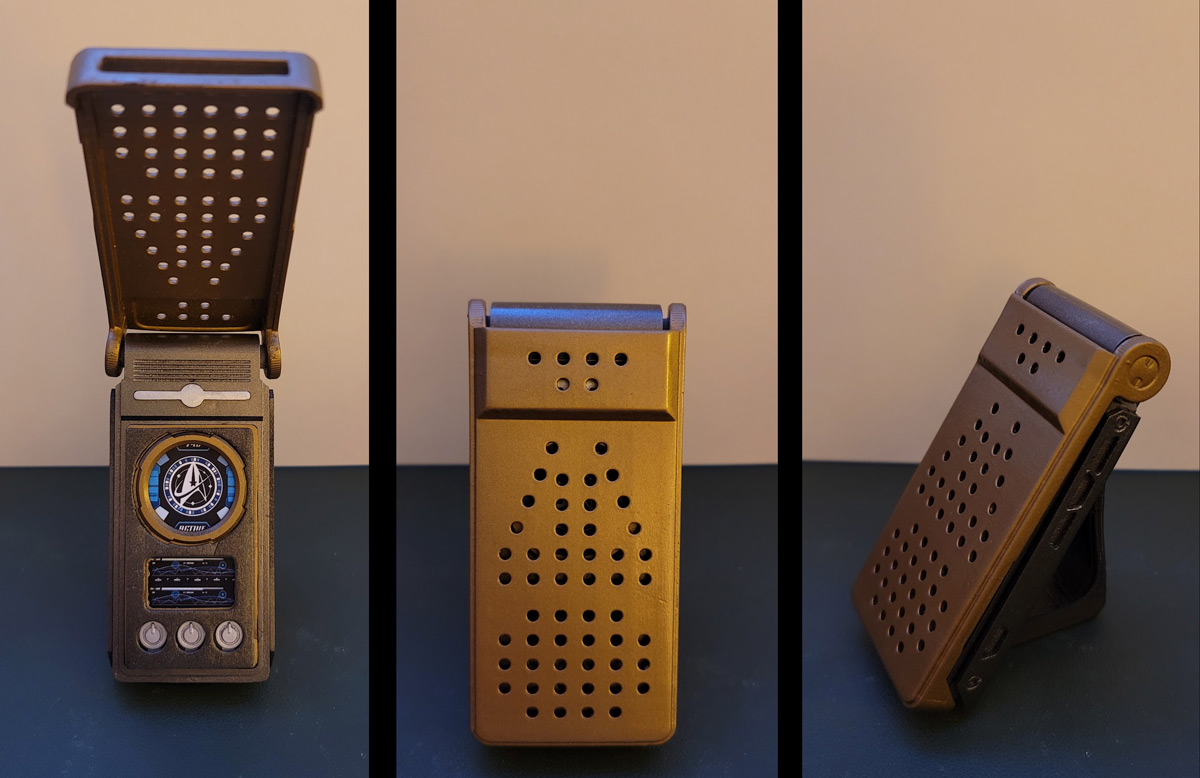 To go with my Disco phaser, I of course needed a Disco-era communicator. It’s interesting how this design incorporated some design language from both STIII as well as the Kelvin universe. Model by UniMatrixRed 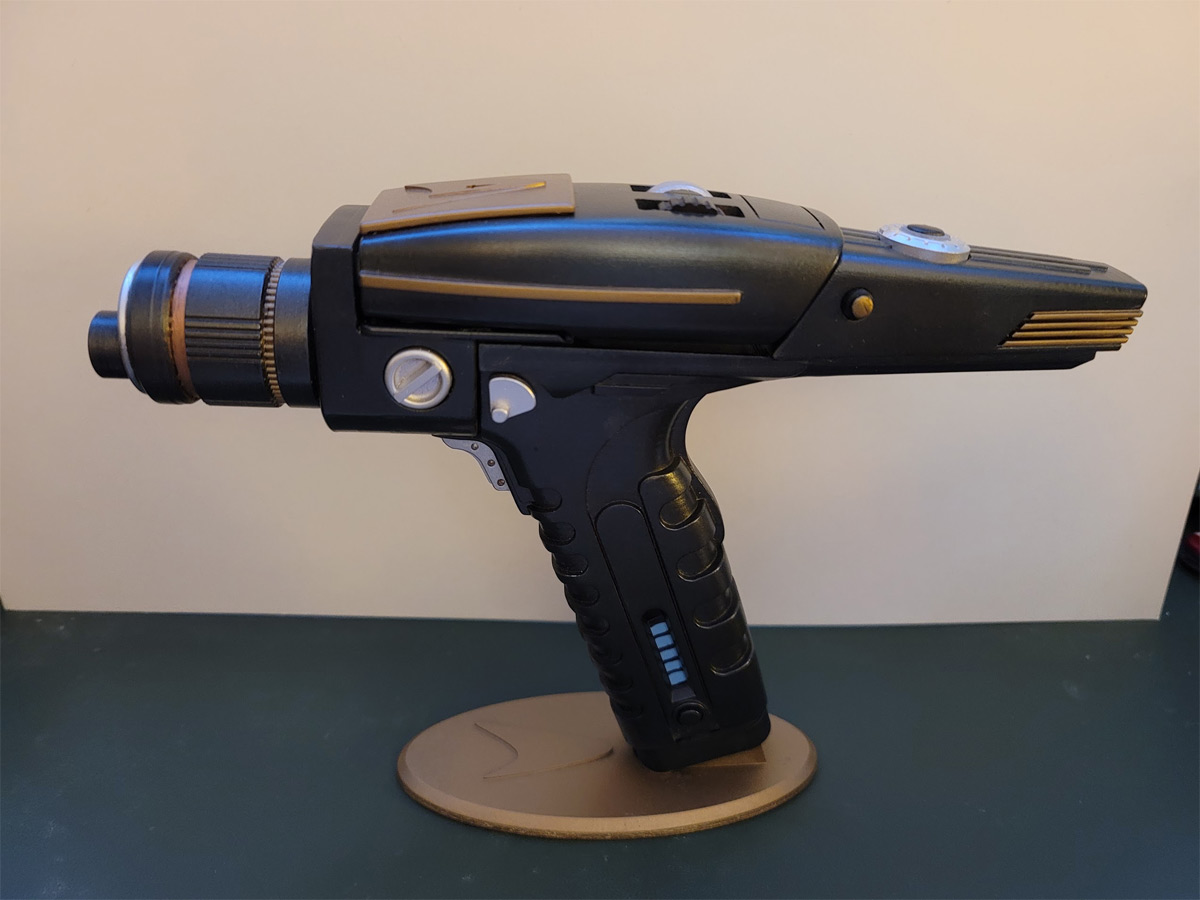 I had previously built two Disco phasers: One that was too small and somewhat inaccurate, and other full-sized FDM printed and laboriously sanded version for my friend Christopher. Finally I got around to making a resin-oprinted version for myself at studio scale (which is, I should note, a very chonky boy). 3D model by ajethridge

I have two friends named Jon. Both are Buckaroo Banzai fans. So I’ve built Oscillation Overthrusters for two Jons. Trust me, all the Jo(h)n Bigboote jokes have been made already. This is Jon R’s with stand. 3D model by Stephen Stand model by me. 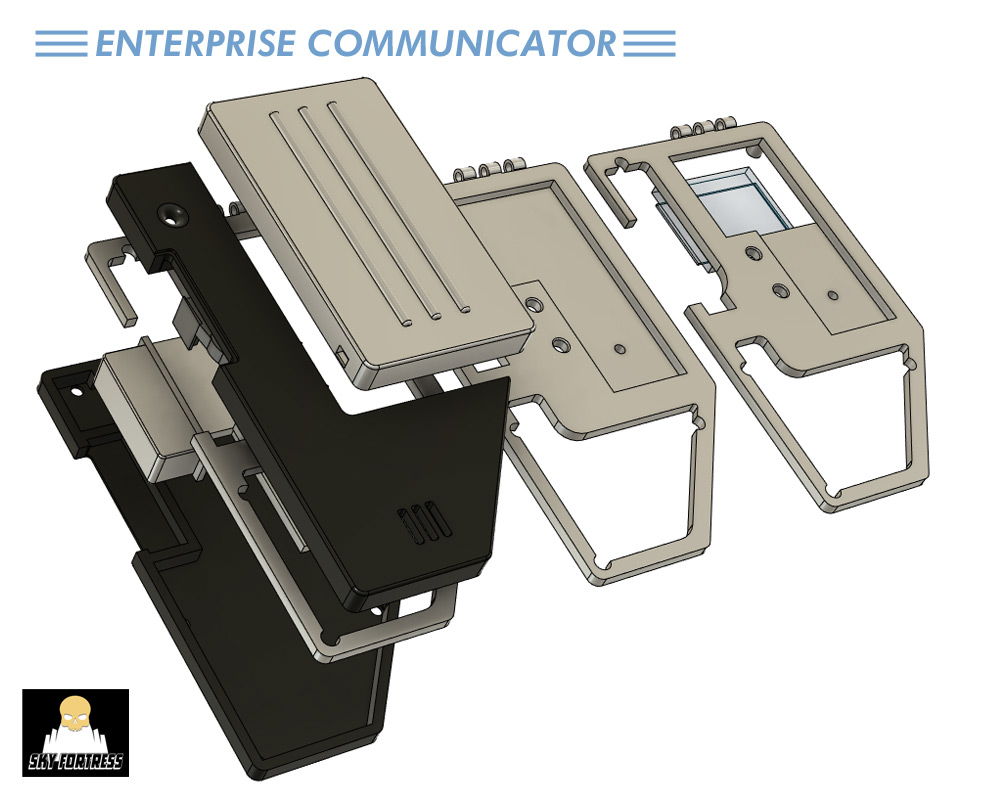 I recently finished modeling the communicator from the 2001 series ‘Enterprise’. I’ll likely be posting this model on cgtrader soon. 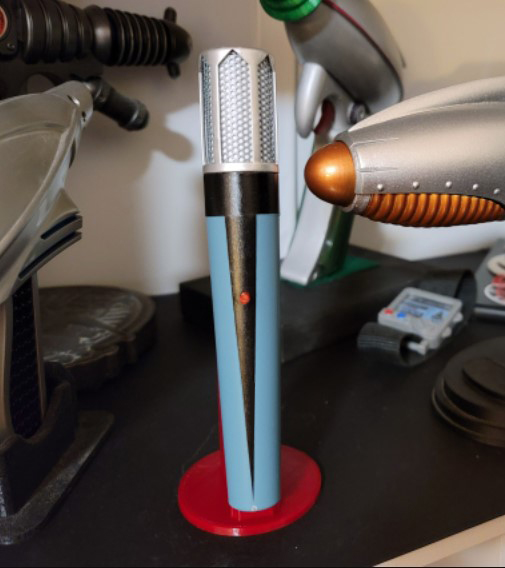 As a kid, Ultraman ran in the afternoons after school and I always wanted a Beta Capsule. And now I finally have one. 🙂 Designed and built in a afternoon. Model available on MyMiniFactory. 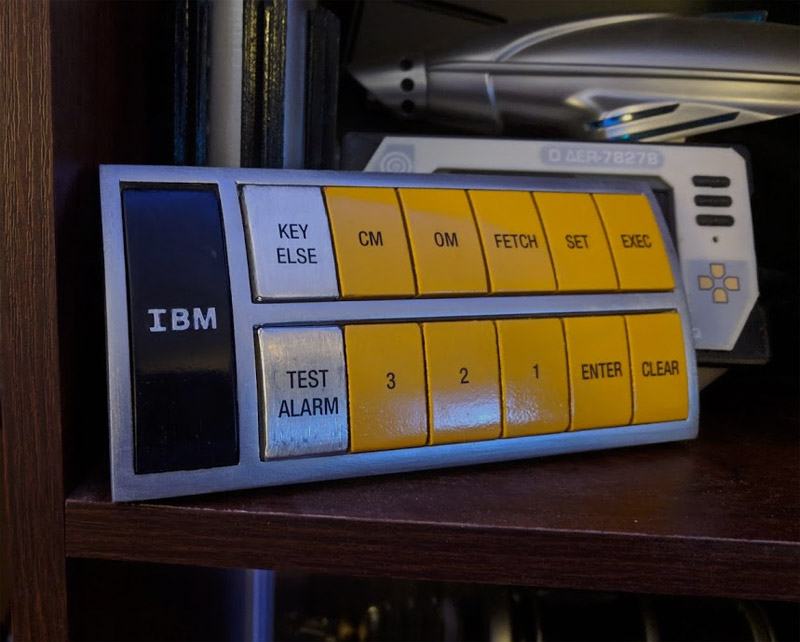 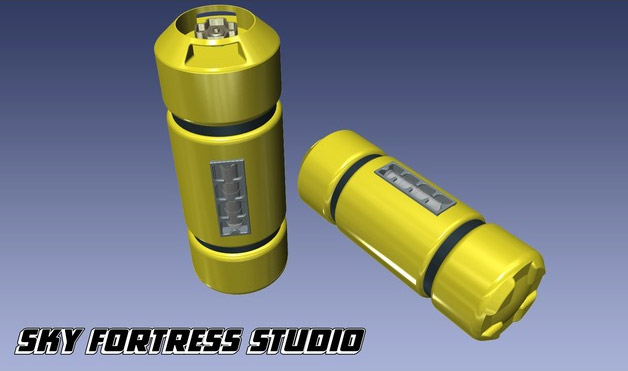